re: Individuation vs. the Mass Mind

Chris Knowles began a much-needed conversation in his post, The Exegesis: Individuation vs. the Mass Mind. My response just got way too long, so I'm bringing it over here.
Chris,
I'm with you on being anti-statist. It's a major theme within my novel - and a serious threat in our every day. I stopped getting as hung up on the individual vs collective thing - and focus on Voluntarism over Authoritarianism. I support anyone doing whatever they want, as long as they don't impose their will on me.
I believe we need to cherish the individual (both ego and personal id).
Now, as to that thing often referred to as the collective unconscious - it's such a tough call. I know we can tap into something very very real, but, I am unsure of its nature. Is it a collective unconscious or an alien conscious or what? 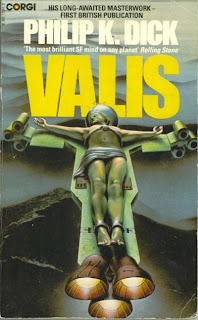 I've had verifiable/quantifiable Ecco/Valis moments (like getting winning lottery numbers real). But that one was immediately followed by meeting a random 33rd degree, who told me he "could get me in" and "I know you should join." Frats just aren't my style. I declined and the specific data stream stopped.
I've instead focused on honing the knowledge & skill to tap into it on a personal level. That's individualism in one respect, but, like anything, it comes with a lot of info from a lot of others (yourself included). Does that sharing of info create or feed the collective unconscious?
Lately I've had incredible shared/convergent syncs and it seems quite beautiful. But the concept of a hive-mind is not something I find appealing either.
I think the issue is well stated in the Futurama movie The Beast With a Billion Backs. Fun fact: The movie came out on June 24th (Midsummer/St John's Day). 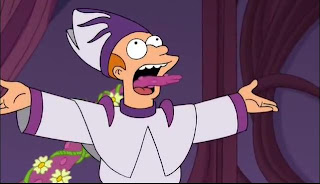 This question is one I have thought a lot about lately. The answer I found was the one I seem to always come back to. It's about balance.
Like musicians - we can harmonize our voices AND play our respective instruments as individual artists to create a new thing that is more than the sum of its parts.
Whatever that otherness/oneness is - we don't have to be assimilated by it - but we should live in harmony with it.
Posted by Alan Abbadessa-Green at 7/12/2010 03:31:00 AM

Labels: Entheogens and Plant Consciousness, Fear VS Love, Life The Universe and Everything, Look At All The Happy Creatures, Masons, Matrix Motif, Sirius-Dog-Wolf, Sound/Harmonics=Harmony, The Secret Sun, Time Travel/Control