Great Gig In The Sky Part 3: Let the Games Begin


In Part 1 we noted the ritual of SpaceX's "Dragon" docking with ISiS just days after the eclipse as only one part of a larger theme of godly or royal conception/birth. I drew attention to two different stories where Obama talks about his "sons" (Obama has two children, both girls), making the point that there was a strange 1013 connection, which, among other things, is most obviously a nod to the famous Templar date. 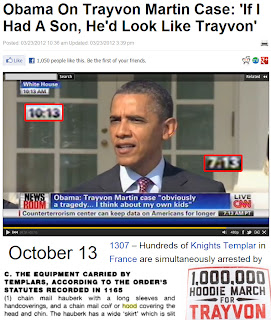 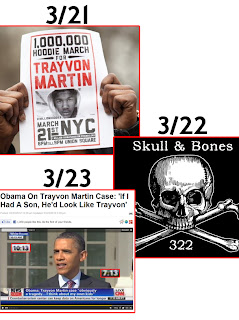 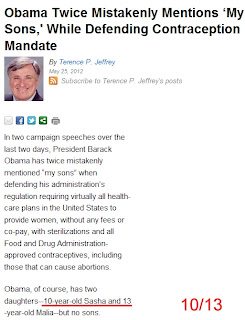 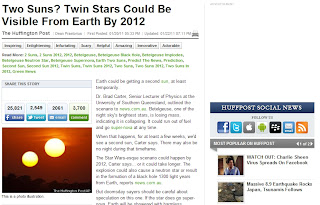 recall this story making the rounds throughout 2011

In Part 2 we noted the connection to the torch. *I would again remind you to read Goro Adachi's "Transit Ritual" for more context and foresight.* Goro noticed that the Enterprise shuttle was being used to act out a  "so-below" version of the Venus Transit. In an email, Goro said to me, "With regard to Trayvon Martin, isn't it curious that his last name means 'Martian'? The fire planet... torch... and all that."

I noticed that part of the Transit Ritual has the Enterprise "passing the torch" of the Statue of Liberty (Isis) and remembered that the Olympic torch is making ceremonial rounds throughout the UK leading up to the opening ceremony in late July. This is done relay style, aka "passing the torch". On a hunch, I checked to see where the Olympic torch was on the day the the Dragon docked with ISiS. I'll give you three guesses where it was . . . 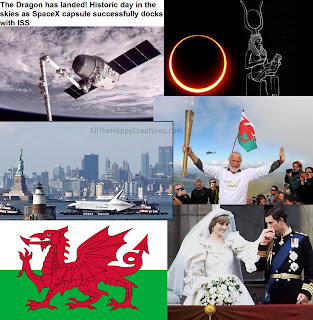 I wrote, "I think the Olympic torch entering Wales the same day as the Dragon docking with ISiS is pretty interesting what with the national flag for Wales being a huge f-ing dragon and Diana, the Princess of Wales, was so named for the moon goddess."

Now, with the Templar connections and the Welsh dragon and the space dragon and all the silliness, we're reminded of King Arthur, aka Arthur Pendragon.

Well, earlier today the plans for the London 2012 Olympic opening ceremony were revealed. I've highlighted just a few phrases, but the whole thing is pretty ridiculous. Remember, this is what all that torch running is leading up to. 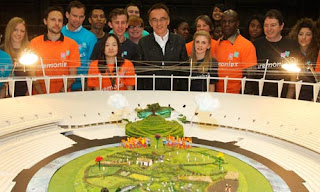 
A village cricket team, 12 horses, 10 chickens, 70 sheep, a model of Glastonbury Tor, two mosh pits and the largest harmonically tuned bell in the world are among the sights that will greet the world when the curtain comes up on the London Olympics, it has been revealed. The surreal vista of a "green and pleasant land", with giant maypoles representing the symbols of the four nations of the UK around which children will dance, is the scene for the opening sequence of Danny Boyle's £27m opening ceremony extravaganza. . . . The opening scene features real grass, real ploughs, real soil and – said Boyle – real clouds that would supply "rain" if there was none in order to ensure an authentically British atmosphere. With no Glastonbury festival this year, the event will be evoked with a replica of Glastonbury Tor and "mosh pits" at either end of the arena. One of those pits will have a Last Night of the Proms theme and the other a festival atmosphere, with around 100 young people in each. While the show will open with a rural pastoral vision that evokes William Blake and Jerusalem, it is expected to evolve to take on a more urban hue. Boyle said he would not reveal how the "puzzle fits together" as the show evolved. . . . Underworld have already recorded two lengthy tracks at Abbey Road to score the action. . . . Boyle had already revealed that the three-hour opening ceremony would be titled Isles of Wonder, a title based on a speech by Caliban in Shakespeare's The Tempest that will be referenced throughout the four ceremonies of the Olympic and Paralympic Games.

All very loaded symbolism, but what is "Glastobury Tor"? Because, right off the bat, that name gets me. See, the book I've been writing, Suicide Kings: Ator Rota Orat Tora Taro, is very much about connecting the KingKill with the TORus (Catherine Wheel or Ator Rota). 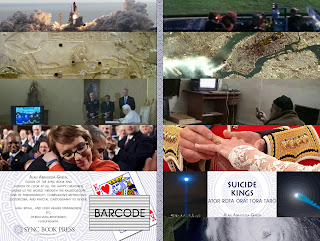 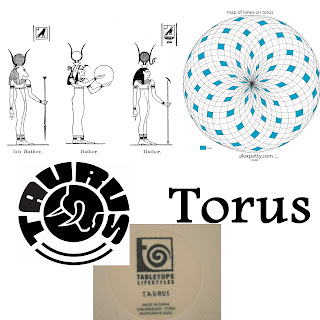 Well you tell me what you think. Wiki has this to say about Glastobury Tor:


The spot seems to have been called Ynys yr Afalon (meaning "The Isle of Avalon") by the Britons, and it is believed by some to be the Avalon of Arthurian legend. . . . The Tor has been associated with the name Avalon, and identified with King Arthur, since the alleged discovery of King Arthur and Queen Guinevere's neatly labelled coffins in 1191 . . . With the 19th-century resurgence of interest in Celtic mythology, the Tor became associated with Gwyn ap Nudd, who was first Lord of the Underworld, and later King of the Fairies. The Tor came to be represented as an entrance to Annwn or Avalon, the land of the fairies. . . . Christopher Hodapp asserts in his book The Templar Code For Dummies that Glastonbury Tor is one of the possible locations of the Holy Grail. This is because it is close to the location of the monastery that housed the Nanteos Cup. Another speculation is that the Tor was reshaped into a spiral maze for use in religious ritual, incorporating the myth that the Tor was the location of the underworld king's spiral castle.