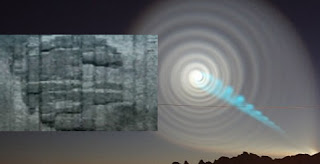 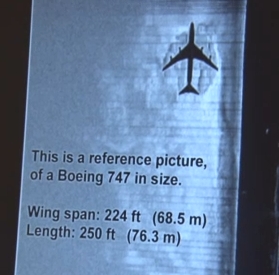 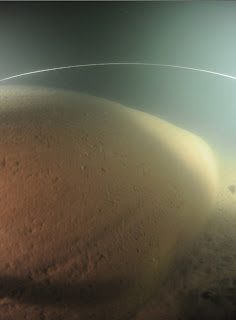 Recently Goro Adachi drew attention to the Baltic Sea Anomaly (see more pictures and read more about the Anomaly on Earthfiles). When Goro first posted about it, I didn't pay it too much attention, probably because it held no obvious significance to my personal sync radar.

Then, two days ago, when David Plate asked me about my study of "sapphires" during Always Record: episode 9, I was telling him about the theory that the 2009 Norway Spiral may have been composed of sapphires and tried to express how important the Norway Spiral has been to me as a personal major turning point. I've mentioned this many times, but really, (like Colt 45) that fu3king blue spiral gets my attention every single time. . . . So, I've spent the last two days with the Noway Spiral back on my mind.

Now, I check back on Goro's site today and this time, upon seeing that weird thing in the waters, something clicked. Hunting a bit, the Baltic Sea Anomaly divers are not giving up the exact location but will only say that it is in the waters between Sweden and Finland.

Okay, check this out:
Ocean Engineer Tony Spell wrote an excellent piece attempting to pinpoint the location of the Norway Spiral, which he places on the Kola Peninsula, just north of the White Sea. 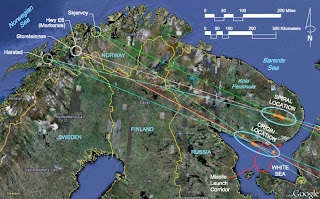 Recalling how the Norway Spiral event directly preceded Obama's laughable Nobel Peace Prize in Oslo (a connection I've writen about a number of times but I would also refer you to a classic Chris Knowles post),
it occurred to me that the "waters between Sweden and Finland" are also between Oslo and Tony Spell's placement of the Norway Spiral. 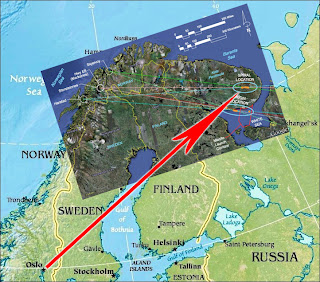 So, now I'm just following a hunch here, and we'll have to wait to see if it is valid at all, but I'm wondering if the sync of this thing being located between Obama and the Spiral possibly means that it is specifically, literally, between the two points. Following this slightly mad logic, we could possibly reverse engineer the location of the Baltic Sea Anomaly. What the hell, in for a penny, in for a pound, right? Here we go: 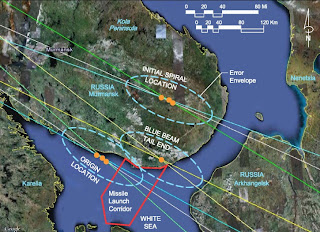 Fanning out from Oslo, to the Spiral's Tail and the Spiral itself, would highlight this section of the water: 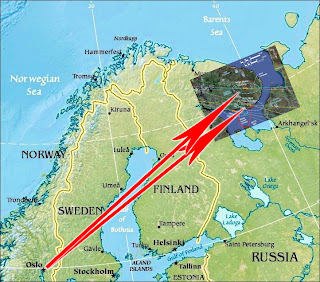 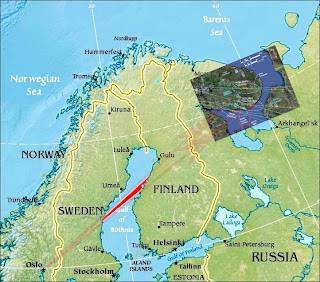 Spell also plots the spiral's dissipation, giving us a slightly larger area if we take the full Norway Spiral phenomenon into account. 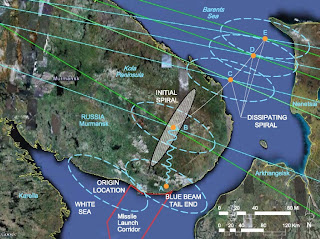 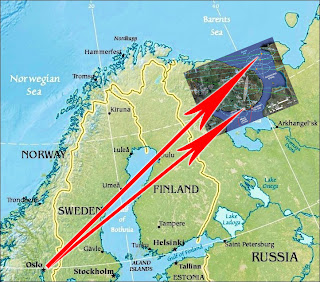 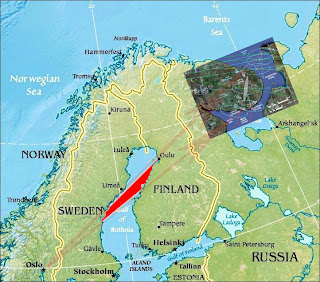 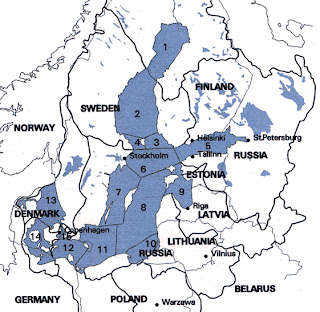 Peter Lindberg is co-owner of Ocean Explorer, the ones who found the Baltic Sea Anomaly. In an interview, he mentions "The Sea of Bothnia" so that means we're probably looking in region #2, but this may or may not be a semantics issue. 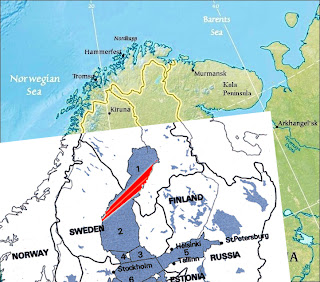 Excluding Bothnian Bay, and focusing only on the Bothnian Sea, would narrow us to this area: 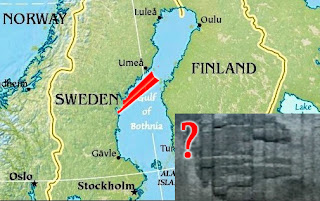 Take from this what you will. I make no claims on this data, except to say that I felt inspired to share it with you.


...
UPDATE:
An amazing comment points out that there was a spiral over Israel on June 7th.
That's the exact same day the Ocean Explorer divers went down to the Anomaly!

...
UPDATE 2:
Goro saw this and it made him think of the Olympics. Following his hunch, I thought I would see where the Olympic Torch was on June 7th -after all, this Israel Spiral goes very neatly with the upcoming biblical-themed "Zion" Olympics and we saw that the placement of this torch has been very meaningful in the past. So, June 7th, the day of the Israel Spiral and the day the OceanX divers went down to the Anomaly, the Torch was traveling to Glasgow, Scotland. 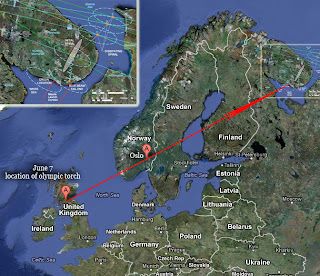 Bingo! Perfectly continuing the line we drew from Oslo to the Norway Spiral!
...