A Spring Clean for the May Queen (UPDATED) 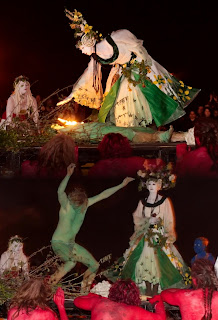 MayDay/Beltane celebrations feature rituals paying homage to and reenacting archetypal roles. The death and rebirth of the Green Man is meant to show the dying of his winter form. Just as his Egyptian counterpart Osiris (killed on the 17th) was pieced back together by Isis, the May Queen brings Beltane's Green Man back from the dead--reborn, lush and vibrant--to welcome the start of summer.

According to popular British folklore, the tradition once had a sinister twist, in that the May Queen was put to death once the festivities were over.

Fitting then, that on the 17th of May, "Disco Queen" Donna Summer should pass. (She also shares headlines with another dead Kennedy, echoing JFK and KingKill33.) If the connection weren't strong enough already, we should note that the ritual described above is commonly called the Beltane Fire Festival and one of Donna Summer's biggest hits was "Hot Stuff"...
Note the 7 Stars above Summer﻿


In Tarot, 17 is the Star card, symbolizing Sirius (related to Osiris/Isis) so we should not be surprised that such an archetypal story breaks on the 17th, directly in the midst of the large-scale Sirius rituals we've been documenting. Also, Donna Summer and I shared a birthday, New Year's Eve. Just as I constantly resonate with Osiris/Green Man/Saturn because of by birthday falling on the moment of his Death/Rebirth as FatherTime to BabyNewYear, we should understand why she too would resonate with this myth. And the Sirius connection, which I myself have encountered on a personal level again and again and again, makes sense with Donna Summer as well, also because of the New Year's Eve birthday.


Sirius in the constellation Canis Major – the legendary Dog Star – should be called the New Year’s star. This star – the brightest one in our sky – celebrates the birth of 2012 and every new year by reaching its highest point in the sky around the stroke of midnight. So Sirius is highest in the sky at midnight every New Year’s. Astronomers call this a midnight culmination of Sirius. As the New Year rings in, Sirius is at its highest.     --EarthSky.org

As Donna Summer was the "Lady of the Night" and "the Queen of Disco", we note that she shares some interesting archetypal resonance with another singer who passed this year, Whitney Houston aka "The Queen of the Night".
We saw how Whitney Houston enacted part of the Alchemical Union of King and Queen, itself another version of both the Beltane and Osiris KingKill/Rebirth.

The series of images begins with that of the mercurial fountain, symbolizing the aroused energy of transformation and continues with the meeting of the King and Queen, first fully clad and later having relinquished their garments. ... The partners then immerse themselves in the alchemical bath ... While in this state of passionate engulfment the psychosexual union (coniunctio) takes place. But, contrary expectations, this union, which initially brought forth a newly formed androgynous being, results in death. The spiritual result of love is not viable and, having expired, undergoes decomposition. 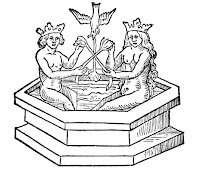 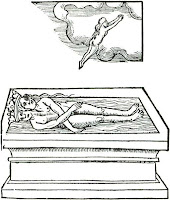 It is at this point that the force of commitment to the process (though not necessarily to a particular partner) becomes all-important. By not abandoning the transformational work, the soul of the dead androgyne ascends to heaven, i.e., to a higher level of consciousness, while the body is washed in celestial dew. Soon the departed soul returns to its earthly body, and the reanimated corpse stands in its full, numinous glory for all to see. A new being is born which is the promised fruit of love, the transformed consciousness of the lovers, formed of the opposites, which are now welded into an inseparable imperishable wholeness. The alchemy of love has reached its true and triumphant culmination.


So we saw how Whitney Houston, the Queen of the Night, died in the [alchemical] bath and strangely echoed the Martin Luther KingKill. 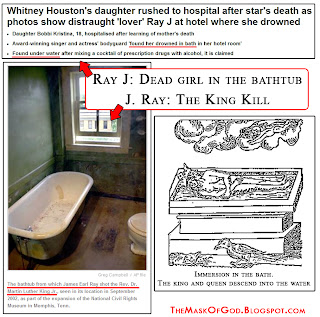 Houston also resonated with another KingKill, that being the Osama/Obama ritual we saw play out here and here--a story which I will go into much more detail in the book I'm working on, Suicide Kings. 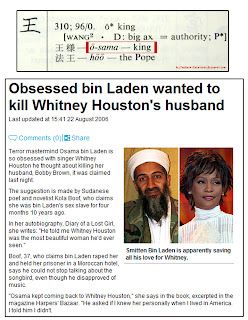 Interesting then that our other Queen, Donna Summer, also tied her fatal illness and approaching death to bin Laden and the 9/11 mega-ritual. 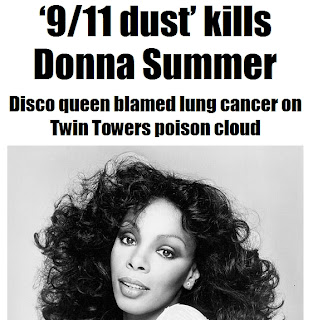 With our examination of the Osama/Obama KingKill ritual, which also coincided with MayDay/Beltane as well as Easter (another rebirth of the King story), we saw Obama being ritualistically reborn by reintroducing his birth certificate and calling himself "the Lion King" at the same time announcing he had killed Osama bin Laden (whose name means "Lion" in Arabic and "King" in Japanese).
Keep that in mind while looking at this fascinating Drudge layout, juxtaposing another Obama birth story with the dead queen, 9/11 and an image of a literal Solar Cross beside a golden dome. 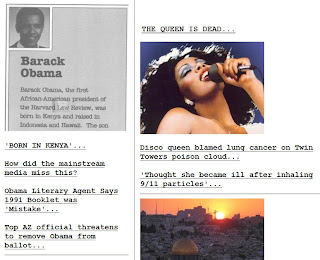 While I believe that Donna Summer's death and her resonance with all of these archetypes are natural occurring synchronicity, I wouldn't put it past Drudge to arrange their page in a deliberate fashion. We've noticed them doing this often enough and I ask you to recall what they did last month on the 17th.
Drudge may present themselves as right wing "conservatives" --and indeed they are a fascist bunch of pricks-- but I think they're ultimately much more bipartisan than that. Like all media, they serve the one-party system and only play one ideology against the other. I suppose this also an alchemical union of sorts, though a very dark one. The only time these guys reach across the aisle is to fuck us over. 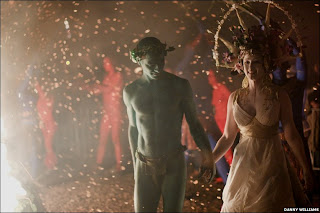 The question remains, are these guys playing with big magic and inside jokes to reintroduce Obama as the newly reborn King or to set him up as another sacrificial KingKill? For us it really doesn't matter. No matter what puppet they put up on stage, it's just a distraction, just another external power structure. Find your own inner union, empower yourself, and don't forget to have some fun. Whatever the endgame, it's never too late to dance.
.
...

In the Suicide Kings book, I will argue that 9/11 contained the deaths of both the King and Queen in the WTC's "bathtub" but it is too much to go into here.

Oh, and lest you think the sync skipped the article marked "Supreme Court justice robbed for 2nd time in 3 months" it didn't. Not only does the article reference Isis and Horus via Richmond Virginia (Isis is the Virgin and I view Richmond as the Horus capstone), but in a very short article they give a whole paragraph to the Jack and JLL/Giffords thing....

Since the Giffords thing was also a strange play on all the death and rebirth of the goddess, I'd say that whole strip is a direct sync hit!

PS: Sibyl and Michael have made me focus on the "smoke signal" aspect of this story. 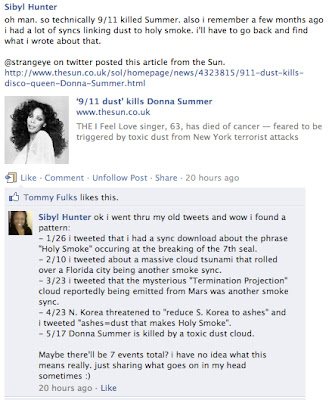 By now we all know the connections between the Wizard of Oz and 9/11, but considering the death of one of gaydom's favorite queens is being blamed on WTC smoke, I want you to consider that she is kinda the good witch or "a friend of dorothy" and recall the scene in the Wizard of Oz where the wicked witch of the west is flying over the Emerald City on her broomstick writing in the sky in letters of black smoke that spelled out... 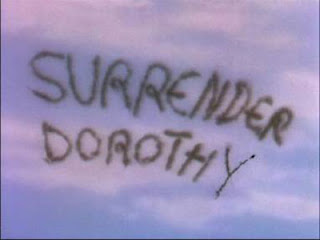 As I wrote to Sibyl, "I used to track a pattern called "smoke signals" and at first I thought it was a signal of shutting down the internet but later realized it was all about communication. I'm going to have to ponder that side of this." And that's where I leave you. It is definitely there, but as to what it means? I'm going to have to mull it over.