Why So Sirius? Part 1 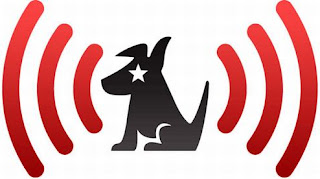 After going public with one of my most profound personal experiences in a talk with Mike Clelland, I began to think about it more and more. Sirius seems to come up in my life at major moments and resonates with many integral parts of who I am. So often and so much so that it was my intention to begin to get all this down and start the year with a post collecting some of my Sirius connections and experiences.

In late December I found a big piece of the puzzle. And yet, it seems to have only made the mystery a bit deeper.

You see, I was born on New Year's Eve, late in the evening...

Days before my birthday, this article began from EarthSky.org began to spread across the interwebs like wildfire:

Sirius in the constellation Canis Major – the legendary Dog Star – should be
called the New Year’s star. This star – the brightest one in our sky –
celebrates the birth of 2012 and every new year by reaching its highest point in
the sky around the stroke of midnight. That’s the case this year, and every
year.

So Sirius is highest in the sky at midnight every New Year’s.
Astronomers call this a midnight culmination of Sirius. As the New Year rings
in, Sirius is at its highest.

For the whole week leading up to New Year's Eve, as that article spread, the word "Sirius" seemed to be on everyone's lips in a wide-scale way I've never seen before. Undoubtedly, the success of that story and the internet's ability to make an idea "go viral" had a hand in it, but there was more to it than social networking. Much more. It was the sense about an ideological contagion that I get from watching patterns spread via "sync" and the collective unconscious. In the last few hours of 2011, I knew Sirius was making itself known.

On January 2nd at 9:27pm I get an email from Michael over at Gosporn:

We watched Best In Show on new years eve. Film is about the Mayflower Kennel Club Dog Show in Philadelphia ("where the dogs are the stars"). I had all these ideas and odd dreams that night, about getting a message from Sirius, or something. Just as that idea comes into my head, my dog jumps off the bed and pukes on the carpet? So... I remember it, because the dog woke me up right then.

Less than 40 minutes later, at 10:06pm, this video comes across my Facebook feed (thanks to a group that calls themselves The Secret Moon) with the description: "Kirsten Dunce [sic] plays a girl seduced by the sounds of Sirius" ... your homework while I work on Part 2 of this post is to watch all 44 minutes of this episode of The Outer Limits from 1997. It's not "good" (as in "enjoyable") but it syncs like hell.

Oh, and anyone interested in the Masonic angle to the Sirius mystery should pay close attention to the 13 minute 50 second mark where the main kid is placing a call to Japan via a Skype-like teleconference system called "Handshake." Of course, the Handshake program doesn't "start" or "load" ...No, the Handshake is for the Initiated. 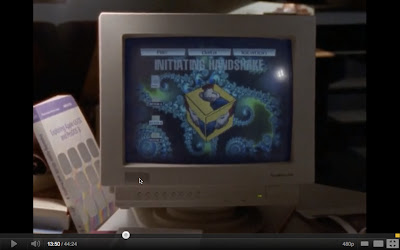 “It [Sirius] is the first and most exalted object that demands our attention in the Lodge.”
-William Hutchinson
“The Ancient Astronomers saw all the great Symbols of Masonry in the Stars. Sirius glitters in our lodges as the Blazing Star.”
-Albert Pike (Morals and Dogma)

Now, as Kotze used to say, this is where things get a little weird. If one were to continue reading that EarthSky.org article, you'd see another line that reads:

Because the stars rise and set two hours earlier with each passing month, Sirius will be highest up for the night around 10 p.m. local time on February 1.

I'm not sure what "local" is for the person who wrote the article (it isn't very well written mind you), but that just happens to be the day I was going to do the NYC Sync Book event (before it got pushed back a day to January 31st. You should go by the way. It is going to be awesome. Get your tickets here. Siriusly. You should go.)

One of the things we are planning for that night is after the event ends-after everyone leaves the theater, to go on a group Sync Walk with the authors and the attendees. Since the theater is pretty close to the Dakota, I thought that might make an interesting pit stop for our big Sync Walk.

Since thinking about it, the Dakota has been on my mind, somewhere near the back but persistently there. Yesterday I was at the library and I spotted a movie called Jupiter's Wife. Even though Jupiter is not as big a sync resonator for me as it is for many of the g8ors, I was wondering if there might be some sync magic contained within and so I picked it up. Lo and behold, the Dakota was featured on the front: 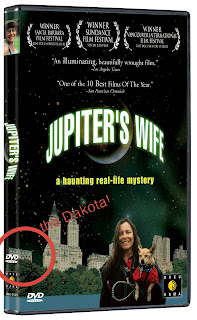 In addition to all the weird history surrounding the building, there is the word "Dakota" itself. Here in the states, the Dakotas are the land of the Bison (read: Bi-Sun or Twin Stars of Sirius), home to a massive Masonic shrine (remember: Masons revere "the blazing star" aka Sirius), and my own travels to the Dakotas were insanely in sync with all of this. It was in the Dakotas that I first dreamt of my wolf--a connection which has reoccurred profoundly--to the point that I see it as some sort of animal guide. I had this dream that I was playing with and had befriended a wolf-- a wolf that, though massive and powerful, was not frightening in any way. The next day I found myself at an unplanned locale: the territory of the Lakota people. The Lakota are perhaps most famous as the tribe featured in the movie Dances with Wolves. 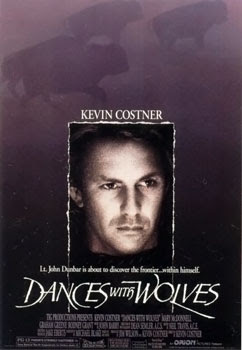 The wolf is of course a wild dog. Sirius is the Dog Star. The Dog Star is most high during the 12 days the Magi were said to be following a "star in the East" (or an Eastern Star). 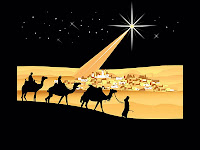 The film Jupiter's Wife, tells the story of a homeless woman named Maggie (Magi) and her many dogs. No joke: the dogs are a really big part of this movie.
Kinda joke: Aside from Maggie having once lived in the Dakota, the movie holds another slight connection to the Dakota lore. Mark David Chapman shot Lennon outside the Dakota while holding a copy of Cather in the Rye and claimed to be on a similar quest as Holden in the book, in his railing against "phonies." Well, this movie is chock filled with phonies. The director/narrator nauseatingly tries to act as if he cares and is sympathetic to this woman, when the whole time you can tell he thinks she's crazy and just hopes she says some more crazy sh9t that he can catch on film.

While the movie is hard to watch because of the phoniness of those pretending to care, Maggie shines true. Yeah, a little crazy, but very true.
Plus, the director credits a very cool "meaningful coincidence" for him deciding to make the film about her. So, after wondering if there was any sync magic to be found within, I realized that a big sync is responsible for the film being made.
But there is a much much bigger sync in me watching this movie while working on a post about transmissions from stars and all that... Maggie believes she is receiving radio signals from Jupiter and that she is in direct constant telepathic communication with the planet.
That is why the movie is called Jupiter's Wife.
Here's the kicker. As the guy is doing his wrap up narration, basically saying how crazy she is, he ho-hum drops in there that she had predicted the exact date and time that his child would be born -- and that she was correct!
He says (I'm paraphrasing): "maybe if I had taken her more seriously, I wouldn't have ended up delivering my child in the back of a taxicab."
Let me tell you something... If you're making a movie about a person who predicts the day and time of something, and it happens at that exact day and time, you'd better change the name of your movie to "Holy Sh!t, The Crazy F-ing Jupiter Lady Was Right!"

With that I bid you all goodnight. Don't forget, if you haven't already, scroll back up and watch that Outer Limits episode. I think it is the most perfectly strange note to start off 2012.
Posted by Alan Abbadessa-Green at 1/05/2012 04:10:00 AM