Sirius Discovery on the 17th (UPDATED) 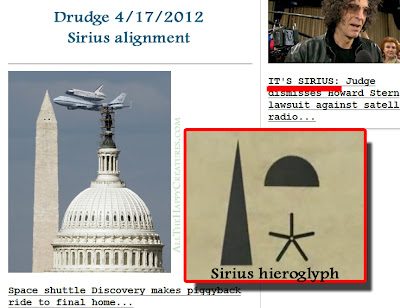 CHANTILLY, Va. (AP) - Space shuttle Discovery has landed at Washington Dulles International Airport, where its wheels will stop for the last time at the Smithsonian.

The world's most traveled spaceship landed Tuesday after taking off from Cape Canaveral, Fla., and soaring around the Washington Monument and White House in a salute to the nation's capital. Discovery rode on the back of a 747 jet and took a spin around Washington at an easy-to-spot 1,500 feet before it was grounded for good.

Discovery will be towed Thursday to its installation at the Smithsonian's National Air and Space Museum annex near Dulles in northern Virginia.


UPDATE (7:24pm)
Drudge has now updated their page to put Obama's Dog (DogStar=Sirius) into perfect triangulation with the Sirius glyph and the Sirius radio story. Note the dog story has the caption "This President has brought us out of dark and into light." 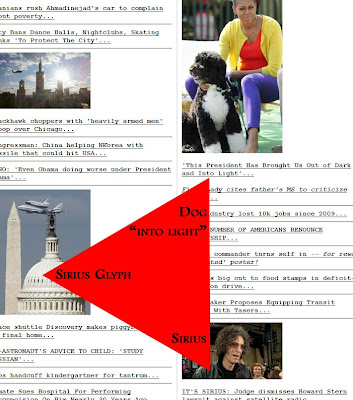 Plus, all this is under the new top story banner, featuring 3 versions of Obama's Stairway to Sirius 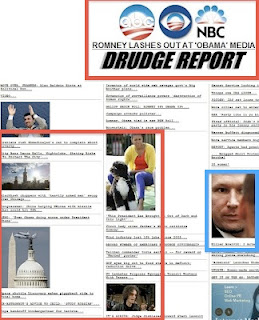