Sunspot 1117 and the Giraffe at the center of the Sol 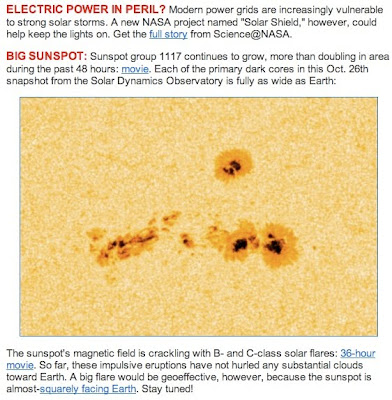 Syncs revolving around the number 111 are not uncommon. A simple search will yield a surprising amount of people discussing this phenomenon. Before getting married, my initials were AJA, which become 111 in Pythagorean numerology. Then, I changed my last name to Green, making me 117, which is a nice personal sync since that is Melissa's birthday.
Lately, I have found myself hovering between the use of Abbadessa and Green, as I have worked to build a career for the name Abbadessa and am wrestling with the idea of what a name change would do to undo that work - and whether or not any of that matters. (I'm definitely feeling Ishmael's pain on this one.)
Something I'm not all that fond of, yet find myself doing with increased frequency is hyphenating the two. In other words, I've been putting my name down as Alan J Abbadessa-Green.
That takes us to 1117.
Today, I saw StrangeEye post a link on the SyncWhole Twitter feed about Sunspot 1117.

To me this is already a loaded number, as it is one I now associate with myself - but for many more reasons. The 17 mystery has been discussed at length on Sync blogs.
But, what of the Sync Whole's recent fascination with 127 (or 1 to 7)? 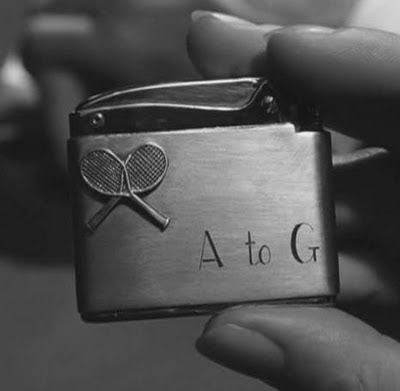 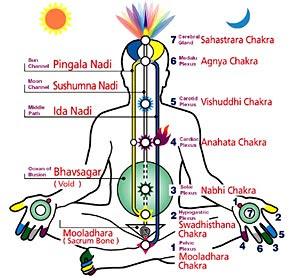 Kundalini fire serpent rises from 1 to 7.
Now, if we follow StrangeEye's link, we get a glimpse of Sunspot 1117. 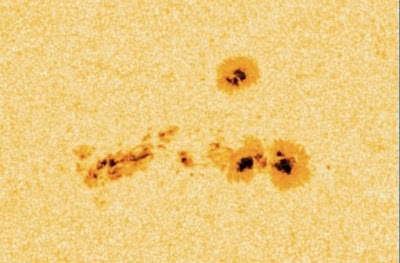 That image struck me as being very much resonant with a video posted 3 months ago from Richard Arrowsmith, a video I only discovered the other day, but immediately fell in love with. 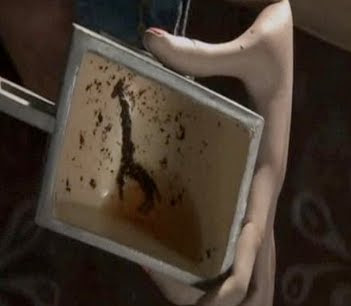 Maybe it's just me, but that sunspot looks a hell of a lot like the giraffe at the center of the Dark Knight of the Sol.
This is a must watch video. Down right fantastic.
Well, Sol is the Sun. And now, the most recent post from the Sync Whole crew is "The Red Knight's Bubble of Fire"
From the Dark Knight to the Red Knight. And, for whatever it is worth, it looks like that bubble of fire is about to go pop!
Oh crap, here's something else that just occurred to me: My family got together at my mom's house two weeks ago and held a garage sale to clear out the basement. The best sellers were by far my old X-Men toys, and I noticed that every kid who came by was fascinated by the "Sunspot" figure. Sunspot was not a mainstream character, so I took note of the strange attraction that the children had towards this particular character. 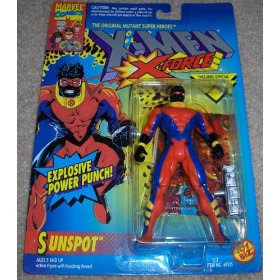 Only now do I realize that I sold "Sunspot" on 10/17/10 (1117)
While I was at the Gordon Gano and The Ryans performance, I met a man who asked if the seat next to me was free and he immediately began talking about synchronicity. He mentioned that the number 111 was a major repetition in his life. The man turns out to be Lonn Friend, author of "Life on Planet Rock," and he claims to be the only witness to the marriage of Carrie-Anne Moss who played Trinity in the Matrix. Trinity's marriage took place at the home of Lonn's "Kundalini Guru." Of course, 111 and Trinity go hand-in-hand.
What gets me now is that solar symbolism was at the forefront of my mind the whole night, as I wanted to get an interview with Gordon Gano asking him about his use of it throughout his albums. (An interview I did get and you can listen to here)
111, Trinity, the Sol/Soul, the Sun/Son. X-Man or Cross Man. Interesting.
If "X Marks the Spot" (or is it the sun Spot?), then X marks the moment of our X-change.
Where does the Giraffe come in and what does he have to say? Well, in my book, there is a character called The Labyrinthine Giraffe. The story he told me (and yes, it just sort of came to me this way), is that we shouldn't be afraid of things going POP!
This is an excerpt from a chapter I wrote months ago:

They shared a smile then settled down as comfortably as was possible. Both of them feeling stronger for the other’s friendship, they were ready for another story. The Giraffe spoke as follows:

In the beginning there was only The Infinite. There were no limits. All was time; all was space, directions, dimensions: The Infinite expanded in an uninterrupted flow. Then, one day – for lack of a better term, since there was no such thing as a single unit of time – a portion of The Infinite thought itself into existence. One little dot of unmoving tangible mass known as Atom, or the first.

Of course, Atom was still connected to The Infinite in ways neither could understand and so his little tangent acted like an anchor, disrupting the flow and sending ripples throughout The Infinite. Such a curiosity was this lone Atom that other portions thought they should try existing too. Soon, many tangents shot off like tributaries of a great ocean.

Now, there’s no way of saying whether this was a good thing or a bad thing – especially since the concepts of “good” and “bad” hadn’t been invented yet. Some of the children of Atom argued that The Infinite was devolving into a lower state of being. Others argued that this was The Infinite’s way of expanding beyond infinity – in a way that seems perhaps contradictory – that The Finite was a new frontier and therefore represented the next step beyond limitless being. However, for all that they argued amongst each other, it was in their private thoughts that the fiercest debate raged. Each individual struggled to make sense of their new reality. Some of the atoms wanted to go back to the infinite, either due to fear of the unknown or longing for their past or simply to escape their whirling thoughts and countless questions. You see, there wasn’t anything to do but think, since the material world only consisted of loose threads and empty space.

One of the atoms thought he had it figured out better than the others and so, whatever this was, he thought he should be in charge of it. Since there was so much confusion, and since it’s always easier to follow someone else than to figure things out for yourself, a few atoms offered their help. He even convinced them that they would benefit from his rule and could share in his power. This made their devotion unwavering. Of course, he really had nothing to offer them that they didn’t already have. They had already been part of infinite being and, even this new world offered virtually limitless potential, since it had yet to be built. Still, they had been conned in the very first pyramid scheme, and set out to perpetuate the lie. Together, they devised a plan to build something out of that space and to provide all the answers to all those silly questions. They would use the confusion to create order out of chaos.

The Builders of Space set up shop on the corner of a fractal and made their first shape: a simple cube. The other atoms saw this strange thing and asked what it was.

“Why, it’s a home,” The Builders replied, “a place to spend your time. We’ll let you stay in it, but just for a little while.”

The atoms had never seen a cube before and figured it was as good a place to stay as any. The Builders then made more and more shapes and offered them to the atoms. Soon, there were so many shapes on that one fractal, and so many anchors of The Infinite living there, that the flow began to drag. Like slowed traffic along the side of an accident, everyone thought this city of shapes was something to look at, and wanted to be a part of it. There was such an explosion in demand for shapes and the building of homes that The Big Sprawl occurred. The flow became so hindered after this that it chugged along like an ancient steam engine. The atoms stopped asking themselves so many questions and decided that this must be the thing to do in this reality, since that’s what everyone else was doing.

Now that The Builders had a monopoly on Space and could sell anything they built, they began construction on the next phase of the plan, a giant wheel for all their other shapes to turn on. The atoms noticed their city of shapes moving along this wheel and realized that it always returned to the same place it started. The Builders explained that each turn of this wheel was a unit of time, and when each atom’s turn was up, they had to leave the land of shapes.

This terrified the atoms, who finally thought they had things all figured out. If they had to leave the land of shapes, where would they go? They begged and pleaded with The Builders for more time in their homes. The Builders said, “We’re sorry, we cannot help you. If you want to stay on the wheel longer, you’ll have to speak to The Lenders of Time. We just built them a bank down the street and you can find them there.” So the atoms lined up at the door to the bank and made all sorts of deals with The Lenders just to get more time on the wheel.

This plan worked well, and still does to this day. Like carnival operators, the Lenders sell time on a giant Ferris wheel that goes nowhere and keeps everyone too distracted to ask how they got on it. In order to keep it interesting, from time to time the Builders have to upgrade the Lender’s carnival. Over the course of history, they’ve developed all sorts of distractions. From Coliseum games to sex toys, from wars and politics to movies and TV. And that’s where we come in.

It’s all a big show and we’re here as the stage hands and actors. Each and every one of us in these pens was designed with one thought in mind: ratings. It’s what they made us for. Without us, the show becomes dull and people start leaving the theater, they start asking the big questions again.

That’s what they fear the most, that we might start questioning this order they’ve created. But that’s where our power comes in. Once we realize that we choose to be here, that we can write our own destiny and that we still possess all the knowledge and power of The Infinite within each of us, their scam will be exposed for the illusion it is. We are infinite beings; we do not need to beg for more time. We are the elements that make up the universe; we do not need to submit for the privilege of their shelter. Once we realize that, their power structure disappears.

And we begin to live.

Labels: 2001/2010, Comics, Death/Rebirth, Fear VS Love, Life The Universe and Everything, Look At All The Happy Creatures, Matrix Motif, Numerology, Stargates, WhitSun=Pentecost