Why so Sirius? Part 2: The Rise of Horus

Okay, I don't know how to say this or what to fully make of it, but this weekend I seem to have had a follow-up to my Sirius experience from almost exactly 2 years ago.
For the full details of the Sirius "contact" from 2010, listen to my talk with Mike Clelland.
See also: "Why so Sirius? Part 1" and more posts under the Sirius tag.
Quick recap: In March of 2010, I had these weird dreams night after night for about a week. Though every one of these dreams presented a different "why" - every one of them had one detail in common as they paid very specific attention to a very specific part of the inside of my head. And they all dealt with receiving information into this brain space. On the morning of March 17th 2010, after a week of this weirdness, I decided to say, "okay, if someone out there is trying to tell me something, then prove it. Tell me something." That day, I walked into a store and looked at a Lottery machine and instantly these numbers popped into my head. I grabbed some change out of my pocket and played. 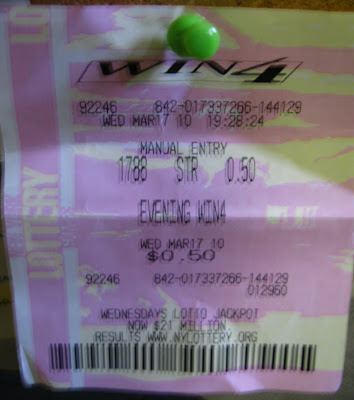 Remember that the day that I won this lottery with the direct help of something that had been trying to talk to me for a week was 3/17...which is also the date of Osiris' death.

Fast forward to November of 2010, when I first made the sync correlation between the island of Manhattan and Osiris' phallus (for a number of reasons that I wrote about here). That caused me to look into the 9/11 event as representing the story of Osiris and Isis. If you're reading this blog, you probably already know the myth, but for recap purposes:

Isis took a more direct approach to restoring her husband's throne, by
gathering up the pieces of his body that Set had scattered about Egypt....
Except for his penis, which had been eaten by a fish. Isis substituted a gold
phallus, which worked well enough that - in the form of a hawk - she became
pregnant with their son, Horus.

Since the Statue of Liberty is our Isis and she stands upon a small island off the southern tip of Manhattan getting completely hosed down in a white cloud on 9/11 -- we should view this oddly pornographic satellite image as a mystery play being acted out on the land itself. 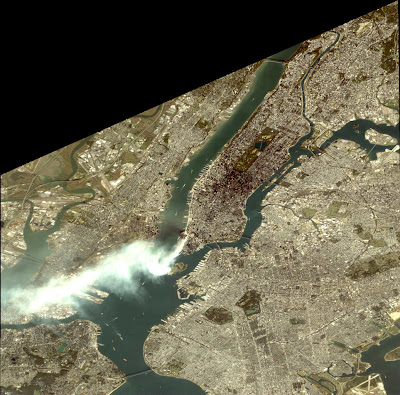 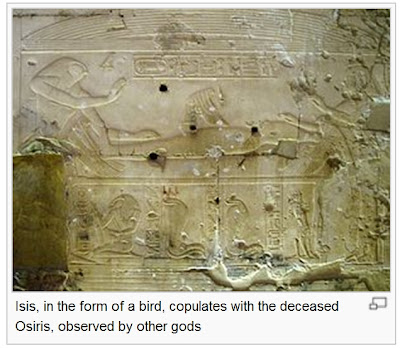 To be clear, as easily as this could lend itself to immature and potentially sexist or otherwise offensive jokes, I see this as a highly profound key to interpreting the events of 9/11 on the meta scale. So much so that a few months ago I began working on a book that would lay out the full depth of what we are dealing with here. From the Norway Spiral to the Osama KingKill. While outlining the narrative and starting to put together a book jacket... 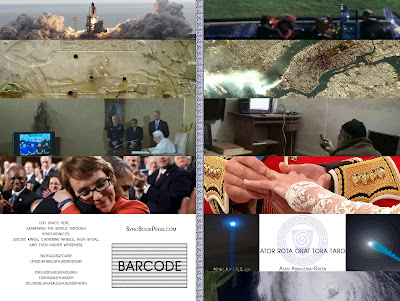 ...a piece of the puzzle still remained a mystery to me. Where was Horus in all this? It would be one thing to assume this was evidence of some sort of Aeon of Horus, but it would be quite another to actually translate that into something more than just a vague esoteric catchphrase.

I have this amazing program on my computer called Stellarium (which you can download for free here). I got it months back and played with it a little, but I lack the proper knowledge to apply this sort of science. What it has proven useful for is fun amateur exploration and a little better concept of where things in the sky are in relation to each other. I don't look at the program very often, but I opened it about a week ago becuase I saw what looked like a strange alignment in the sky and I was curious what I was looking at. Since Stellarium gives you a real-time picture, I got my answer rather fast. Then, I began to play with the constellation settings and saw that they have a catalog of Egyptian constellations.

That's when I found Horus. 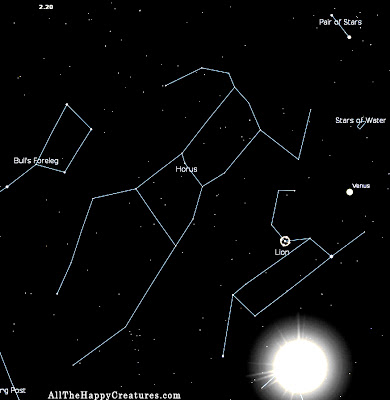 He likes to hang out with the Lion -which makes perfect sense to me. The Lion, as I will lay out at a future date, is all over 9/11 too, but for now we stick to Horus.

Okay, so the night I found Horus on Stellarium, I thought it was interesting, but let it go. I've got a lot on my plate and have had very little time for exploration. (One of the reasons this blog has been pretty quiet of late.)

Then, this past Friday (March 2nd) I was working at home when I started to get a really bad headache. It got worse and worse as the day went on. I had to go out and do a number of things so I just sucked it up and left. As the night went on, my headache kept increasing. But, I had things to do, so I pushed on. Then it got worse and I still went on. There were times I thought I was going to scream or faint, but I couldn't get home. The subway was all sorts of messed up with massive delays. I left the house at 7pm and got home about 3am. By that point I was really beginning to think my head was going to explode. I've had migraines before, but nothing like this. My head felt pregnant. It was an egg I was sure would crack. Then, as I lay in bed (now between 3am and 4am on Saturday March 3rd), my head hurting more than ever, I was able to still my body enough for the first time all day that I could isolate the source of the pain. That's when I realized that it was the same location in my head that I dreampt of in March 2010.

Here I am, nearly 2 years later to the day, and I am feeling a VERY INTENSE something trying to get out of my head. Having made the connection to 2010, I decide I have nothing to lose and ask the same source that I had previously asked to "prove" themselves what they wanted. I said, "If you're trying to tell me something, just say it. You have my full attention."

That's when I saw the following images for the first time. I saw the constellation of Horus floating across the sky on 9/11 in my mind. Then the headache went away and I jumped out of bed. My wife was telling me that I needed a doctor. I said, "I don't need a doctor, I need Goro Adachi!"

And, to be sure, I do need help. Goro, if you're there, please confirm or expand upon this. As I said, I lack the actual knowledge to do this justice, but I can offer what I saw and what I found upon looking. 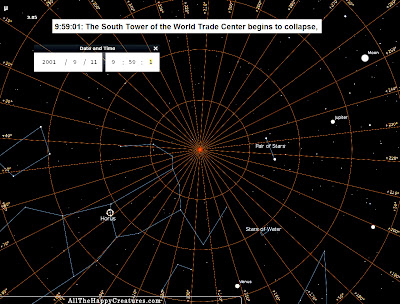 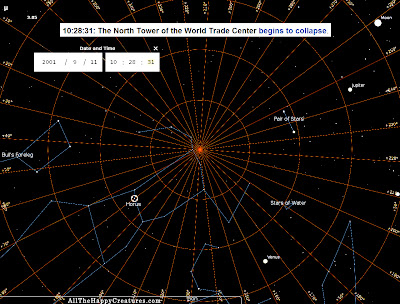 As the towers fall, Horus approaches the Zenith point. That is directly above the WTC.

But it still takes a few minutes for the smoke to leave Osiris' tip and impregnate Isis... 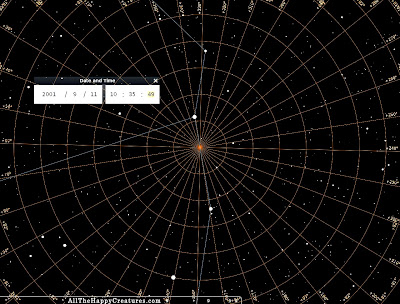 From here, he passes directly through the Zenith point, directly over the 9/11 scene for the next hour or so... 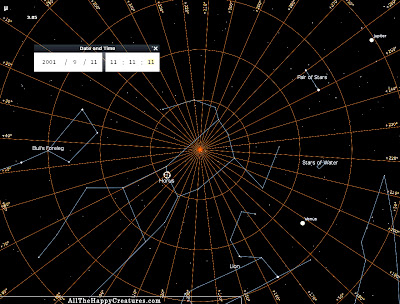 ..and, if my research into "the Second Stargate" (a la Contact where "Arroway finds a strong signal repeating a sequence of prime numbers, apparently emitting from the star Vega") means anything here, we may wish to note that at the exact same time that the heart of Horus is directly above, the star Vega begins to rise over the Horizon (Horus Zone). 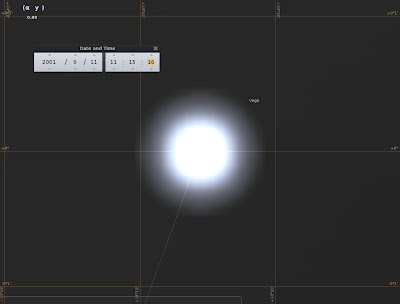 Any thoughts here are more than welcome.

.....
UPDATE: 3/8/12
By now most of you know that we're in the middle of a huge solar storm -- "The Rise of Horus" indeed.
Also, moments after I published this post, I remembered a detail that I then threw into the comments section, more as a personal note to keep accurate track of the experience than anything else:

A detail I think I'll want to remember but forgot to write in the post: The day before the headache, I had a strange audio experience. Late at night, before going to bed, I was sitting up talking to my wife. Suddenly, all the sounds in the room wooshed to my left ear (like turning the "balance" knob on a stereo). Then my right ear went from silence to a louder and louder tone. It faded in, got loud, stayed for about 10 seconds, then faded out. Then the hearing in my right ear came back.

However, today I saw Sibyl tweet this, and I must admit that my mind was a little blown: 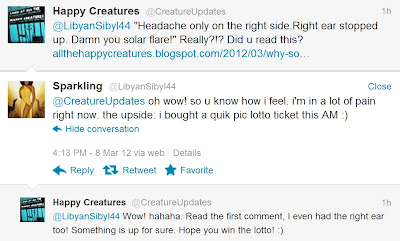