The King of Pop and Jared Lee Loughner 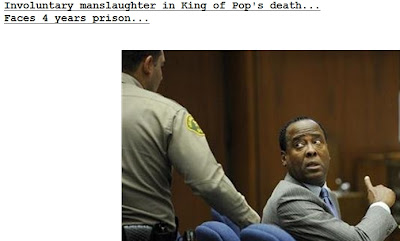 Longtime readers of this blog will be familiar with the KingKill theme we have been tracking throughout 2011 and how there has been a persistant connection to CERN and the Big Bang. Well, today (11/7/2011) a guilty verdict came in the Killing of The KING of POP ...and I have to say, that's pretty darn significant, since CERN created "a Mini-Big Bang" exactly one year ago today. 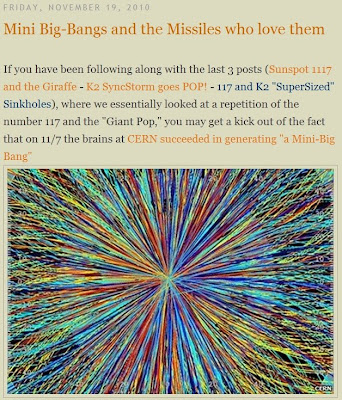 Read the full 2010 post here
The significance of 117 was doubly highlighted as @Strangeye points out:

Strangeye also notes the veiled "77" (11 x 7) which we had repeatedly linked to in the aftermath of the Gabby Giffords shooting. (Gabby Giffords=GG=77 . . . [Jared] Lee Loughner=LL=77 flipped). I noticed a strange attractor between the JLL case and the MJ case back in September when these two stories (both focusing on KingKillers on Trial and Medication) came up together in a twitter feed: 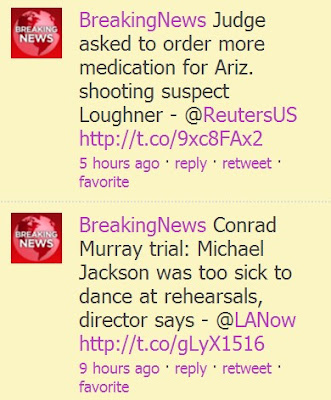 I should also remind everyone that we have connected the JLL case to the Norway Spiral many many times, and I keep coming back to this weird blue spiral as an important X-factor in the whole puzzle. Well, I just remembered a quick little post I did way back connecting MJ to the Norway Spiral. 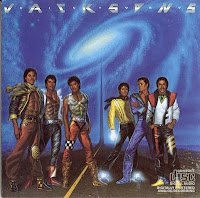 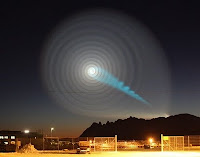 Hmm, ain't that something?

Anyway, with an expected return of many of these themes involving JLL (see our last post) and so much attention being drawn to this week's flyby of YU55, I was reminded of something Jared Lee "Loner" himself had written on his YouTube page:
"I want you to imagine a comet or meteoroid coming through the atmosphere" 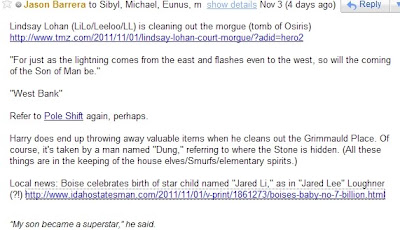 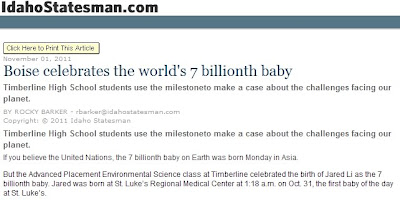