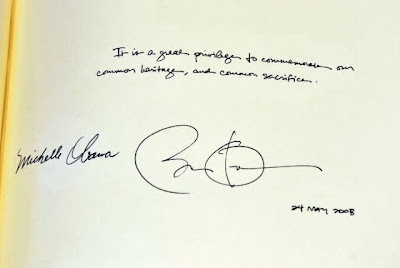 Amazingly, as our major themes continue to interlace, Obama appears to be another victim of "Time Reversal"....

"PRESIDENT OBAMA HAS NO IDEA WHAT YEAR IT IS

This is how President Obama signed the guestbook at Westminster Abbey earlier today:

It is a great privilege to commemorate our common heritage, and common sacrifice.

It was really nice until he got the date wrong by three years. Granted, 2008 was a great year for him, and we might try to live it for as long as possible, too, if we were him. Also, though, he may have had a stroke." 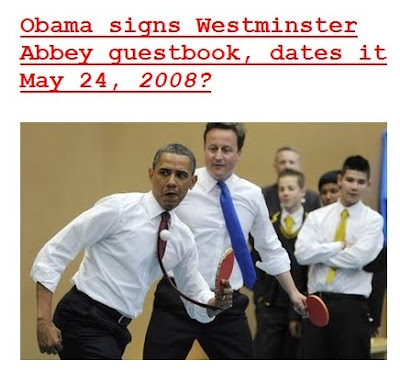 Plus the accompanying Ping Pong image brings us back to the Comet/Asteroid/FallingStars angle that has either come back into play or has never left. 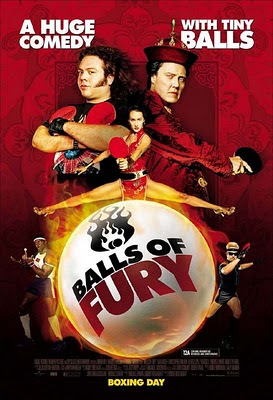 Perhaps it all meets in that strange place where Billy Murray mentions The Statue of Liberty wearing Nike sneakers then goes on to star alongside The White Rabbit and Nike mascot Michael Jordan, who enters Space Jam to the sounds of Steve Miller's time-warp classic.

420 Bullseye from Rough Video on Vimeo.

...which we had connected to the Comet/Asteroid/FallingStar meme alongside all this other madness in our Time and Tide post.
Posted by Alan Abbadessa-Green at 5/24/2011 05:35:00 PM