I think there is so much to be gained from both our shared experience and sharing our individual experiences. With that in mind, I'd like to point to the amazing work being done on The Mask of God right now, which really ties directly into a lot of what we've been looking at here. Also, after our last post, we received a comment from the insanely talented Justin Morgan, that really deserves to be read by more people.

What follows is his story:

"On 2/12/11, a Saturday, I went camping with some friends and my partner Mali. We camped on a beach just south of Half Moon bay. Mali and I were still excited from the night before, 2/11/11, because while out on a capricious walk through San Francisco we ran into Ghostface Killah, U-God, Killah Priest and several other members of the Wutang clan in a tea shop in Chinatown. We were the only other people in the shop and ended up drinking tea and talking to Killah Priest for a while after he approached us and asked us about my 108 prayer beads. He was very excited from drinking the tea. The shop owner exclaimed, "These guys are sooooo high!" Mali asked him "how do you know?", I assumed it was because they had been smoking weed all day in San Francisco, he replied emphatically "Cause of my Teeeeaaaaa!!!!!!" We were drinking the same tea as Killah Priest, an Ginseng Oolong called "Blue People" The Name Blue People brings to mind the blue Hindu deities Krishna and Shiva as well as Dr. Manhattan and the Indigo Children all representing a next stage in human evolution. I must say if you haven’t tried the tea it is fantastic and does in fact get you high, without making you crash afterwards. Later we stumbled into a gallery full of Erte and Dali paintings and a few other notable events. Considering we were now isolated on a remote beach we jokingly lamented there was far less of a chance of encountering such powerful and meaningful synchronicities.

Shortly after midnight we saw 3 flashlights descending the steep cliff to the beach. Our visitors were 3 grad students from Stanford. One of them was a young man named AJ. AJ and I went to NC State at the same time in Raleigh North Carolina, and even lived less than a quarter mile from each other. I found this to be incredible considering we halfway around the globe on a remote beach in California. One of the girls had her arm in a sling due to a dislocated shoulder from being hit by an exceptionally powerful wave. We all joked that it was "fucked up how the moon song", waves, "broke her arm". This lead to discussion about how waves were moon songs. AJ is an engineering student and told us how each wave is part of a continuous wave pattern that has a corresponding wave on the opposite side of the ocean or body of water. The example he gave was "this wave crashing here" pointing to a wave as it crashed on the beach, "probably has a corresponding wave somewhere on a shore in Japan." (An amazing comment considering the events of 3/11/11). The night peaked as we discussed the mechanics of the campfire. As electrons vibrate higher they decay and emit light. My interpretation of this is "as we begin to vibrate at higher frequencies the old structures that impede the flow of light into this world will decay as we move into a world of light and love" Shortly afterwards we watched as the moon turned blood red and set into the ocean, a sight none of us had ever seen before.

We returned home the next day and went to bed early, as we were tired from staying up the night before. In the early morning hours of Valentines Day I had a dream about a Tsunami. Mali and I were standing on a hill between Grace Cathedral and The Masonic Temple at 1111 California Street in San Francisco. An interesting symbolic dreamscape considering the juxtaposition of the masculine Masonic Temple and the feminine Grace Cathedral.

The word Grace means God's favor or help from the Latin Gratia. Gratia comes from the Greek mythological terms a Charis, one of several Charites, Greek for Graces. The graces are goddesses of charm, beauty, nature, human creativity and fertility. The three Graces are Aglaea - Splendor, Euphrosyne - Merriment and Thalia - Comedy. I believe this may be the inspiration for the 3 sirens in the Sirens of Titan. Cathedral comes from the Latin cathedra, a chair principally used by women. Derive from the Greek kathedra, from kata "down" + hedra, a face of a geometric solid it could be interpreted as the descending geometry of the body of the Goddess. Through our work exploring syncs we are navigating this complex geometric web through which the Goddess is revealing herself.

Grace Cathedral is home to 2 labyrinths based on the labyrinth at Chartres Cathedral. The labyrinth is symbolic of the sacred feminine with the Flower of life at the center. The flower of life is a symbol of generation and in its construction mirrors our cellular development as the ovum divides. It is significant that there is a labyrinth inside and outside the cathedral. Considering the word root and the relation to the sacred feminine the labyrinths could be view as the inner and outer labia on both sides of the vulva like Vesica Pieces entrance to the cathedral. Humorously Jesus who often sits inside a smaller Vesica Pisces high in the Vulva shaped cathedral could be seen as the so called "little man in the Canoe" or the Clitoris. More on men in Canoes later. 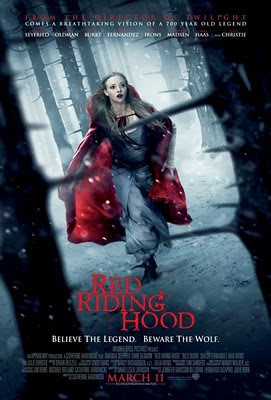 While standing in-between these two iconic buildings symbolizing the unified polarities we watched in amazement as a giant wall of water was heading towards us. We realized we were not going to be able to escape it so we held each other watching as it raced towards us. A vision much like the scene in the Watchmen when the lover embrace as they are hit with the wave of light from the Nuclear Blast. The water hit us with tremendous force and we were thrown backwards. Seconds later we were back standing in the same place as before. I exclaimed, "What happened? How are we not hurt?" The dream zoomed out and said to me your father cast out his Phoenix to protect you. I saw my parents standing behind us and a huge flaming Phoenix shot out of my father’s chest protecting us and others from the water. When we woke up the next day I told Mali about the dream. We lay in bed for a while looking at a book of old Alchemy illustrations and were stunned to see a picture of the Alchemical twins with a flaming Phoenix rising behind them. We were both stunned. (The book is also full of William Blake illustrations, tying back to Depp's character in Deadman) The description of the Illustration reads "The cold and moist matter, woman (moon) and the hot and dry man (Sun) when unified become an androgynous being that is all four qualities at once.

This refers back to your first ring of fire post where you note the combination of the 4 triangular elemental signs forms the Hexagram also called the Sexagram in Latin, a symbol of sexual union. The four elements when brought into harmony form the 5th element, Heart. (Humorously while we were camping my friends joked about how amongst the Captain Planet team the kid whose power was heart was the weakest of all) In alchemy the 4 elements refer to the 4 vibratory states of matter. Earth is the lowest, then Water, Air, and Fire. An interesting thing happens as fire burns the vibrations increase to a point of where they vibrate into a realm of light or spirit.

To activate the heart within each of us, we can to 2 things both of which relate to the Hexagram.

First as individuals we can harness the healing powers of the elements. Good food (earth), Clean water, clean air and good breathing, and the warmth of fire and also exercise to stoke the internal flames. These also have healing properties when combined both for internal and external use. Fire + Water can be healing though bathing or through ingesting Teas or soups. Fire + Air could be to take a Sauna which interestingly cleanses the body through releasing water. All of these healing techniques are pleasurable and help to take us higher without any crash afterward.

The second is through the unification of opposites through Sex. When making love in a meditative way we become a unified being and unite the polarities. The hexagram depicts the unity of the upright triangle symbolizing Man's penis and testicles interlocking with Woman's vagina through the Vulva and Ovaries.

Interestingly this symbols is also a 2D symbol of the Merkabah, the chariot of ascension. Mer" means Light. "Ka" means Spirit. "Ba" means Body. Through the harmonization of the 4 elements through the heal aspects of each and through loving conscious sex we activate the Chariot of ascension and can move into the realm of love and light.

A tie into Johnny Depp is at the end of Deadman. The incomplete man (Edward Scissor hands) becomes complete through love of a woman. With the pierced heart of the Man in love, he travels into the next world or world of light while in the Vesica Pisces shaped Canoe. This is a classic motif in Christian art are showing Jesus, another man with a pierced heart floating to heaven in The Vesica Pisces. As William Blake, Depp’s character in Deadman, says through out the movie,

To come full circle back to the ring of fire ring of fire, as another dead man known as The Man in Black once sang:

I Fell Into A Burning Ring Of Fire
I Went Down, Down, Down
And The Flames Went Higher

Since the ring of fire is activating we are in a heightened vibratory state as we move up to the frequency of love or heart on our way up into light. Who knows, maybe once we learn the true power of love we may summon up Captain Planet and heal this world? If a wave of destruction can affect to opposite side of the ocean who is to say a wave of love cant do the same thing. <3 "
Posted by Alan Abbadessa-Green at 3/14/2011 07:26:00 PM