Obama advisers David Axelrod and David Plouffe spoke with reporters after President Barack Obama's last of three campaign events Friday.
Near the end of the gaggle, Axelrod was asked about how the president feels in the last days of the campaign, and delivered possibly one of the more memorable lines of the campaign.
"I've known him for 20 years. We've worked closely for 10 years. I've never seen him more exhilarated than he is right now. He believes in what he's doing. He believes in what he's fighting for," Axelrod said.
"You know, you can see in the speech that he's delivering that he, you know, that he, this is coming from his loins," Axelrod said.
The reporters gathered around Axelrod tittered, and he was visibly thrown off balance for a moment. He tried to recover quickly by joking about the comment.
"And uh -- I just wanted to say loins. I wanted to see if I could get loins in the story," he said.
Mission accomplished.

Hmm, is that Loins or Lions? I think both. This is something I've written about a number of times before and which I go into much more detail in my upcoming Suicide Kings book, but for a quick recap of my position on this Lion/Loin thing, watch about 4 minutes of this video, from 32:30 to 36:40 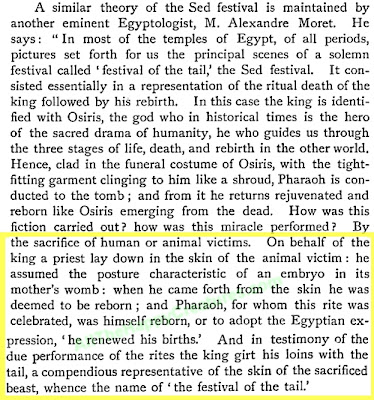 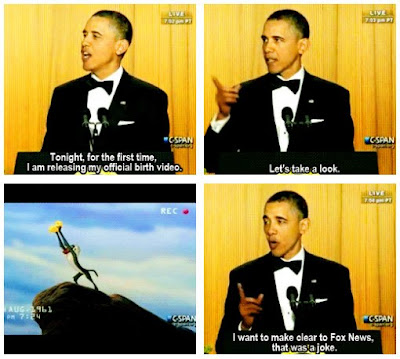 Osama in Arabic means "Lion" and in Japanese means "King" 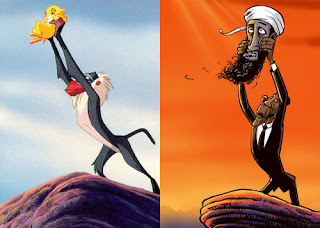 "the king girt his loins with the tail...of the sacrificed beast" 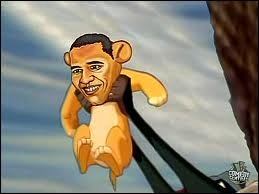 "And uh -- I just wanted to say loins. I wanted to see if I could get loins in the story."

This, of course, coming in the election week, where LionKingObama is running against "Mittens" --a nickname that most people connect with cats, hence the RomneyCat meme. 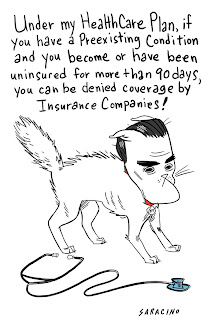 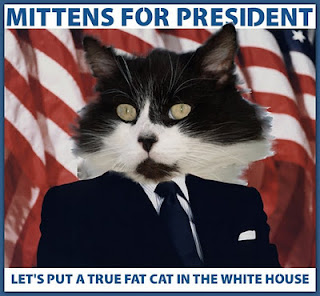