In the second episode of Synchronize, Will Morgan talks about the ways my book, Look at All the Happy Creatures, syncs with the movie Prometheus.  Though I haven't seen the film, I was reminded of a recent message I was sent from JmJml of http://finalpyramid.blogspot.ca/ that suggested Prometheus is subtly referencing 2001: A Space Odyssey in a movie "mistake". . . 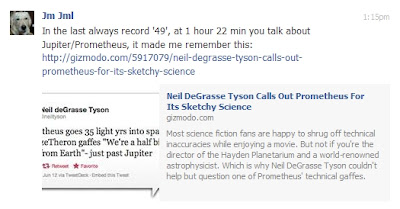 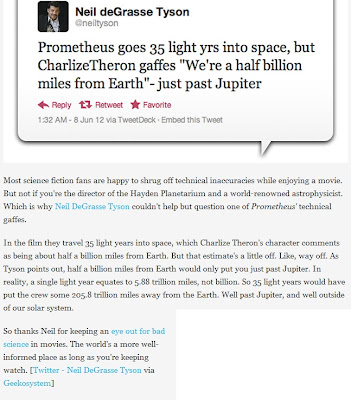 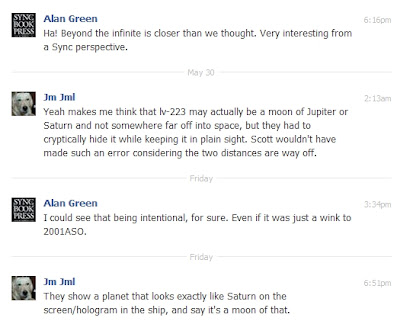 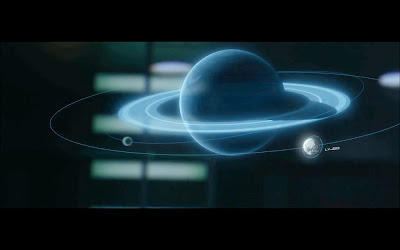 In his last point, "a planet that looks exactly like Saturn" would be a reference to the 2001ASO book in which the main planet was Saturn, not Jupiter. The idea of a 2001ASO connection is also strengthened by this image I found while looking for a Charlize Theron picture from Prometheus, in which she sits among red chairs . . . 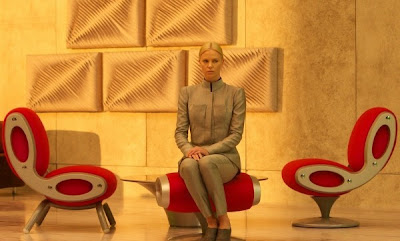 Regardless, as I've said, I still haven't seen the movie (and am in no rush to do so) so this sync went mostly ignored by me. That is, until today, when an unrelated series of events caused me to look up an old Topps trading card series I had as a kid, called Dinosaurs Attack! . . .  The first thing I notice upon looking at the cards for the first time in many many years is a space station that looks exactly like that from 2001ASO. 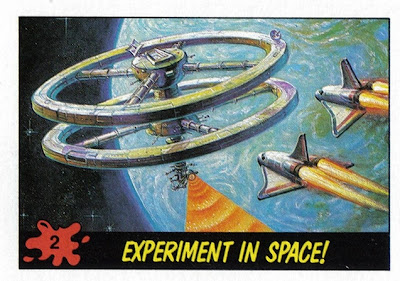 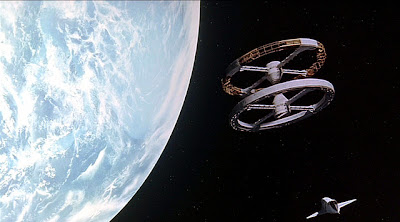 It took only another moment to look at the reverse side of that Dinosaurs Attack! card and find out that the space station in question was called Prometheus . . . 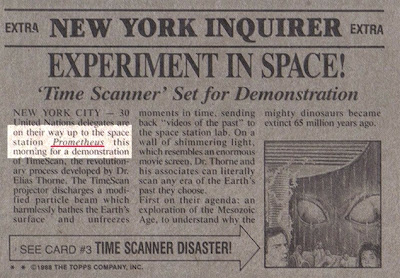 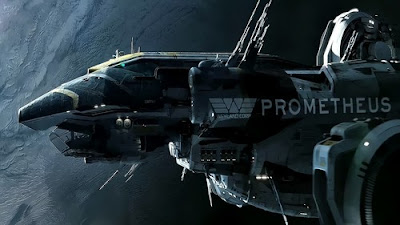 The story of Dinosaurs Attack! has a Time-disruption occur on the Prometheus space station and Saturn is the god of Time. Now, in the 2001ASO sequel, 2010: The Year We Make Contact, Saturn ignites into a second sun called Lucifer. Readers of this blog should not need to have the correlations between Lucifer and Prometheus explained to them -- suffice to say, they are pretty interchangeable archetypes . . . 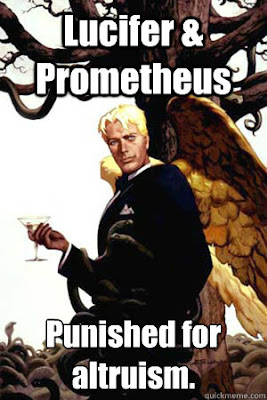 . . . and they are both "Light-Bearing" rebellious figures that too often get cast in the role of a devil. (We should note that Saturn too often gets lumped in as a Satan.) 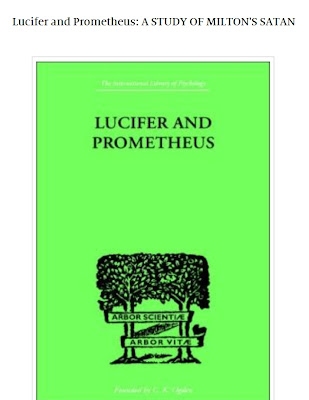 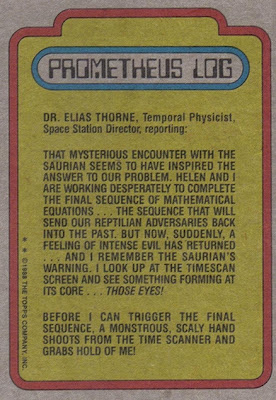 Similarly, we have actress Charlize Theron resonating with this great beast, as many synchromystics have explored Charlize's connection to what Crowley called "Mega Therion" 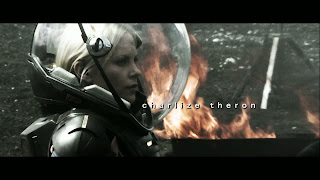 So, having the original line in question about the proximity to Jupiter in the film Prometheus spoken by Charlize Therion, makes this all the more syncnificant, since Jupiter/Saturn becomes Lucifer, a second Sun, and Crowley considered Therion not only the Beast but also the Sun! 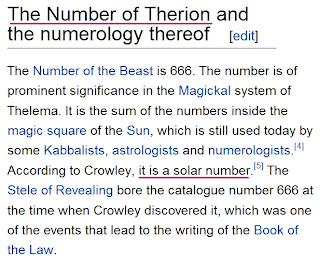 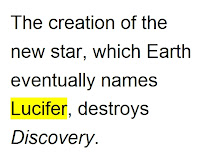 . . . just as a reversal in the Saturnian Time-disruption leads to the destruction of space station Prometheus in Dinosaurs Attack! 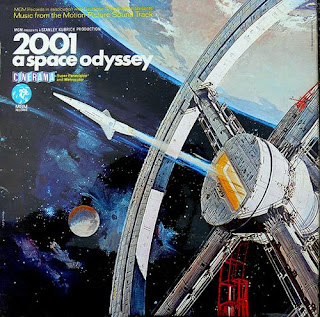 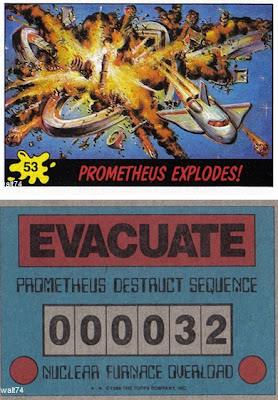 Finally, the back of the "Prometheus Explodes!" card features the number 32 -- associated to the number of paths in the Kabbalistic Tree of Life. This may interest those of you who paid attention to the Mask of God post where I compared the movie posters for Kubrick's 2001ASO and his Paths of Glory -- as related to the 32 Paths of Glory on the Tree. 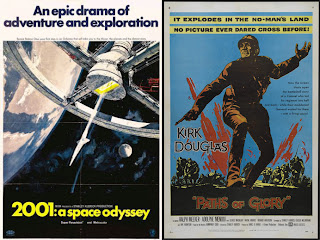 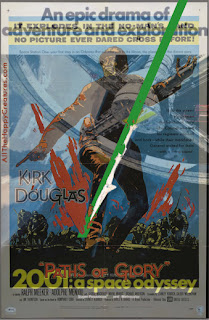 For what it is worth, since this all started with the Prometheus sync from Look at All the Happy Creatures, the novel starts with the story of Prometheus in the first chapter and ends with a scene inspired by 2001ASO. The Happy Creatures novel is also exactly 47 chapters long.