Why so Sirius? The Enterprise Mission

Okay, I realize that we're almost exactly a year out from the RoyalWedding/OsamaKingKill Beltane weekend mega ritual whatchamacallit, but Siriusly folks, this odd series of ritual parades is getting out of hand. Last week, on April 17th, we saw NASA do their Sirius ritual around DC (refer to our post and another at the SecretSun). Not to be outdone, this week, the British Royal couple announced the name of their new puppy -- "Lupo" -- which, of course, means "wolf." Today, NASA did another large scale parade through my hometown. 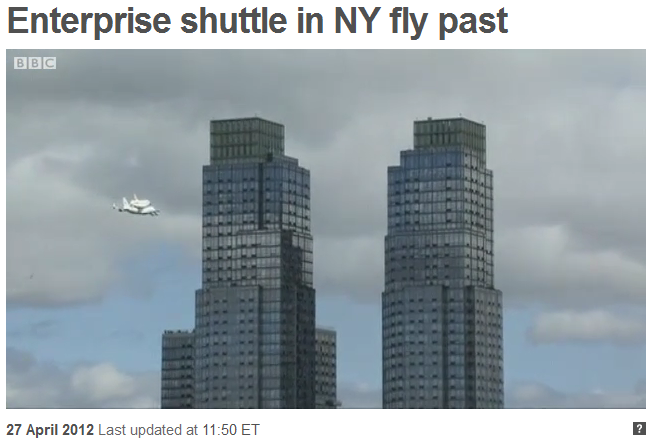 An unusual flying object came to New York from Washington on Friday — the space shuttle Enterprise. Enterprise zoomed around the city, riding piggyback on top of a modified jumbo jet. Its trip included flyovers over parts of the city and landmarks including the Statue of Liberty [Isis] and the Intrepid Sea, Air and Space Museum on Manhattan's west side before landing at Kennedy Airport.﻿﻿
Enterprise will remain at Kennedy Airport for a few weeks until it's taken off the 747 jet it rode to New York. After that, Marenoff-Zausner said, it will be put on a barge in early June and brought up the Hudson River to the Intrepid.

A dead space shuttle with Sirius overtones on a barge sailing up the Hudson River. That should be interesting. It reminds me of, oh I don't know. Something else that was put on a barge along the Hudson two years ago. I wish I could remember what it was...


﻿
Of couse, it's not all ritual. See the list of amazing syncs related to all this that Jason, Sibyl and I have been collecting at Mask of God. Two examples:

This story from April 25th: 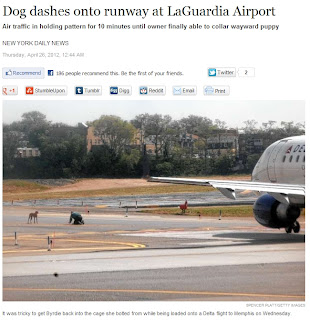 And this one from April 12th: 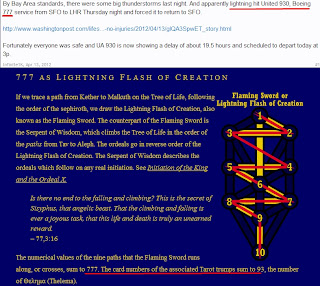